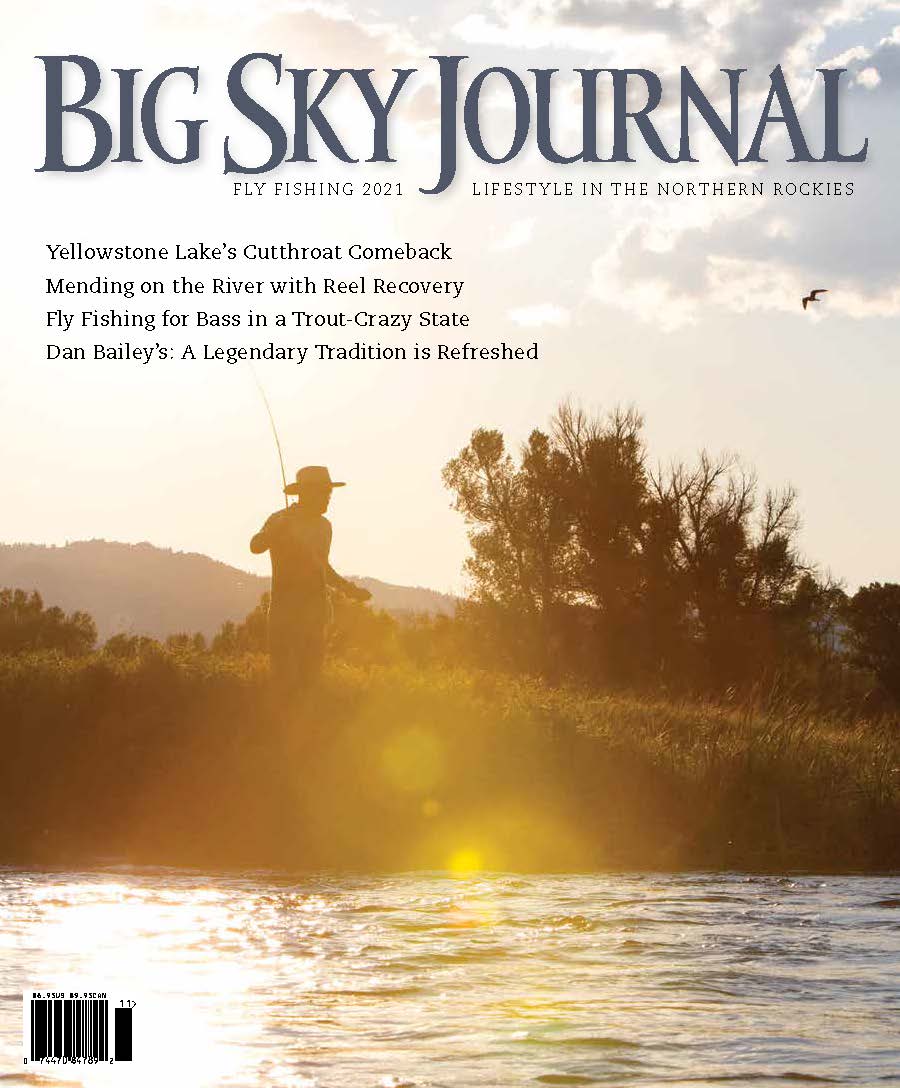 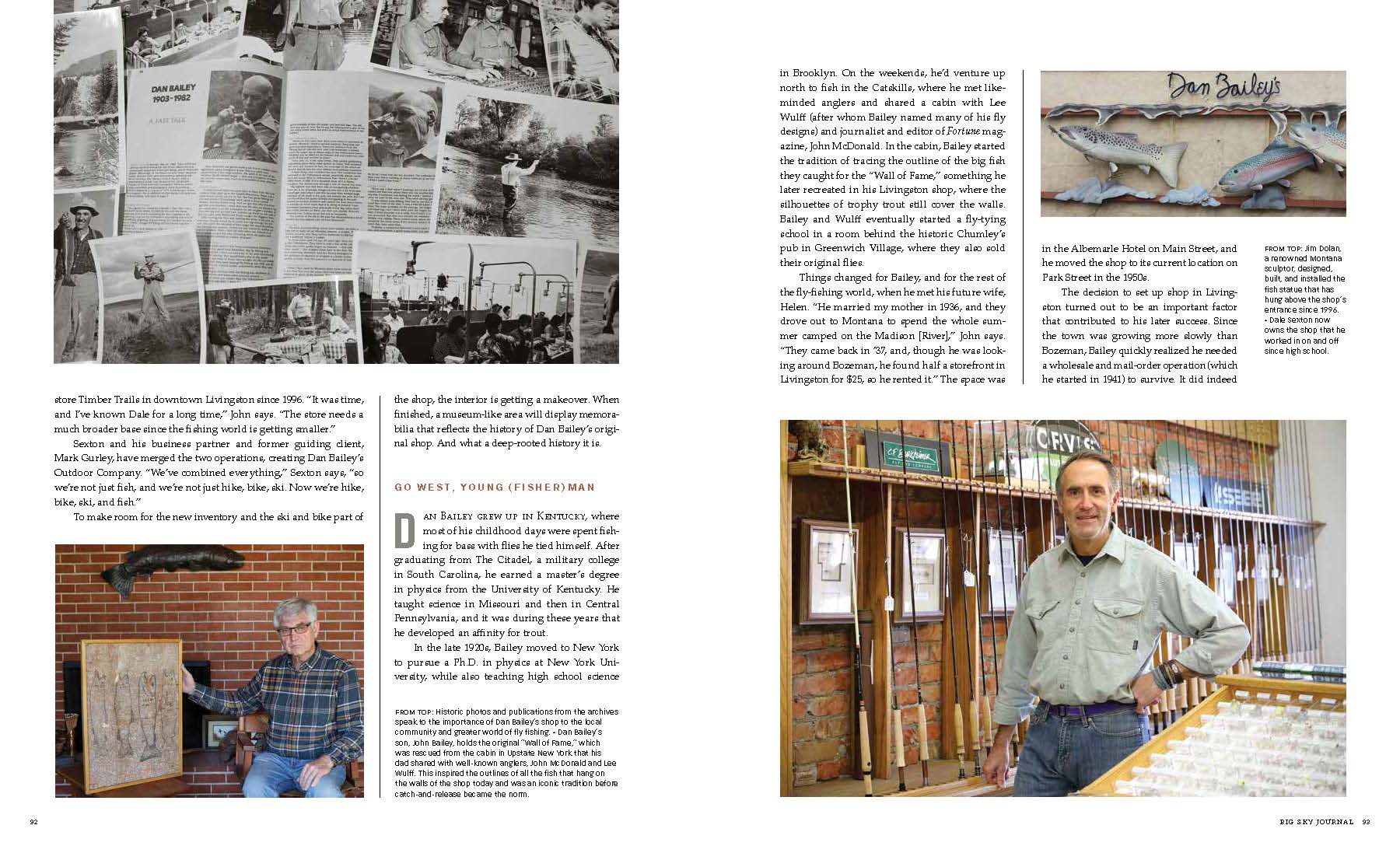 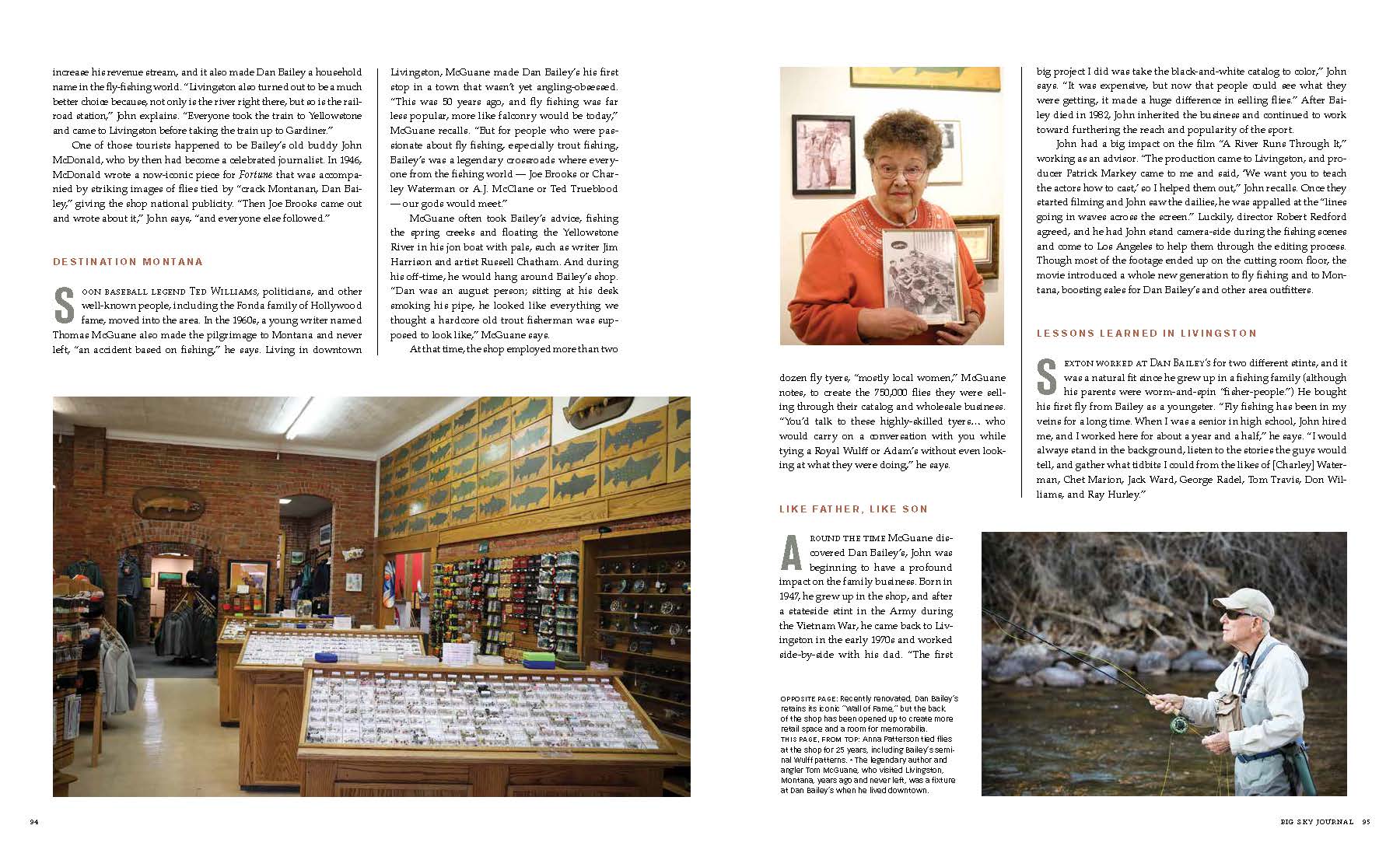 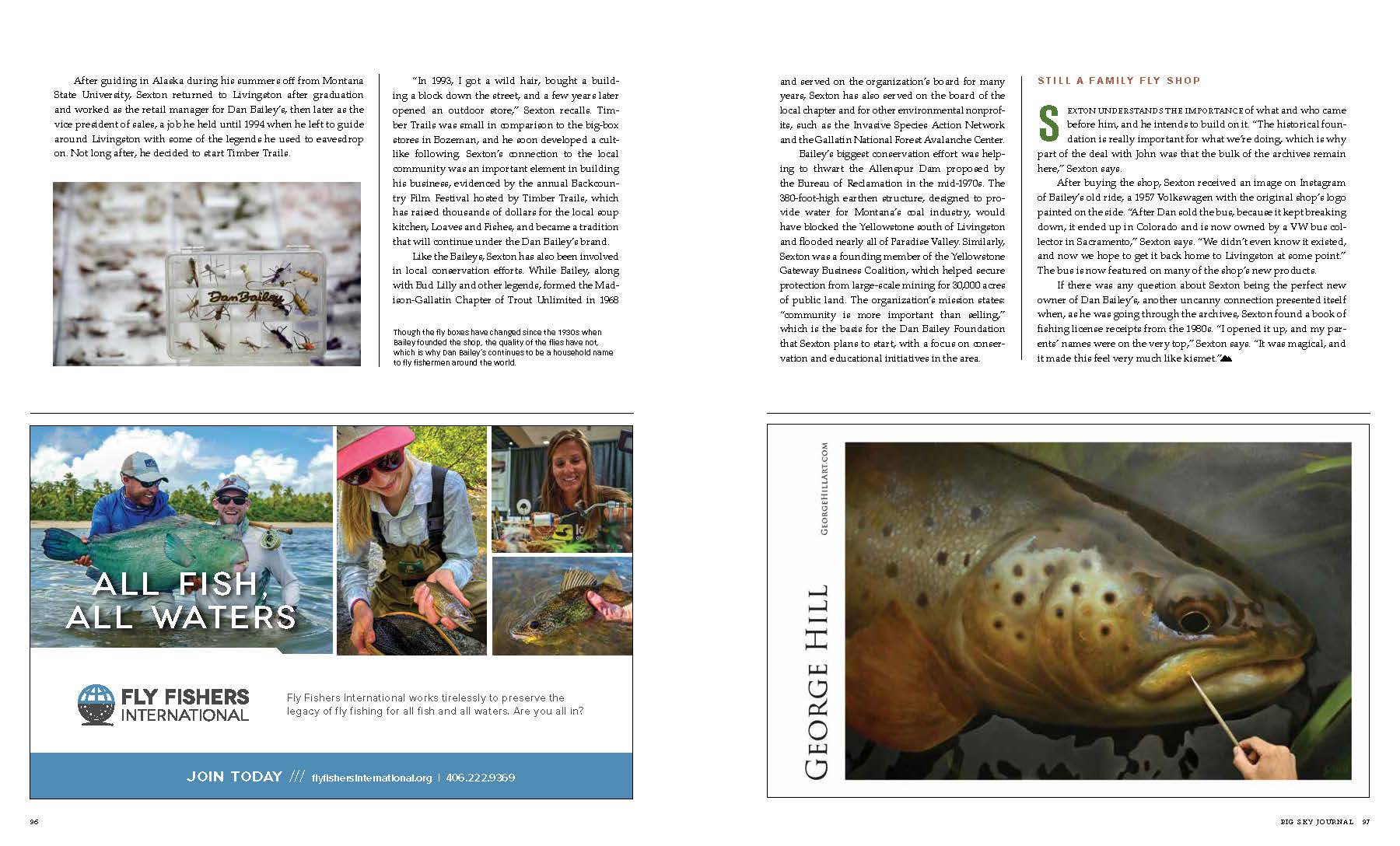 A few months ago I pitched a fly fishing story about Dan Bailey’s, a world renowned fly fishing store in Livingston, Montana, to the Big Sky Journal. When Corinne Gaffner Garcia, The Editor in Chief of the Big Sky Journal. decided to run with the story I was elated. Livingston, Montana has been home to me for most of the last 30 years and I was excited to see that the legendary Dan Bailey’s was going to continue being an integral part of our community. The fly shop was recently bought by Dale Sexton and has been revitalized. Livingston, Montana and the Yellowstone River are on every fly fisherman’s “to fish” list. In 1937 Dan Bailey and his wife moved to Livingston and opened up the store front, they didn’t imagine that their store would become known around the world to avid fly fisherman and fisherwomen. There were women in the window who tied flies for several decades that captured everyone’s attention when they walked by. They were part of the story that was featured in the movie Rancho Deluxe, that Thomas McGuane wrote.

If you haven’t picked up your copy of Fly Fishing issue of The Big Sky Journal, it’s still on the stands and it is the perfect read as the weather in Montana is changing to Spring and everyone seems to be dusting off their fly fishing rods and getting out on the river. Stephen Camelio wrote the story. I’ve known Dale for almost 30 years and when TheBig Sky Journal said they wanted to run with the story I asked if I could go through Dan Bailey’s archives and Dale directed me to the back room and gave me free range to look around. While going through the files I came across some of the original Fly Catalogs and happened to decide to photograph the Wulff Dry Fly in their catalog of flies. It is described as being “the best floating and durable dry fly produced”. As I was photographing other aspects of the article I asked Dale if any of the women who tied flies in the window were still alive and living in Livingston. He introduced me to Anna Patterson who tied flies at the shop for 25 years, and while I was photographing her and listening to her story she told me that her ‘fly’ that she tied thousands of was the Wulff Dry Fly. I love being an editorial photographer and photographing stories like this one because it lets me learn so much more about interesting aspects of the world that we live in.

I’ve been floating the Yellowstone River for thirty years and don’t fish much but have rowed for many people who do love to fish. Over the last few years I’ve photographed stories on some of the most legendary people in the fly fishing world including Rock Ringling, Jim Posewitz, and Thomas McGuane. I’ve been photographing editorial stories for The Big Sky Journal for six years now and this is my thirteenth story to be featured on their pages and I am always excited to be a part of their vision.
Big Sky Journal Staff
Josh Warren – Publisher
Corrine Gaffner Garcia – Editor in chief
Christine Rogel – Managing Editor
Geoff Hill – Art Director
Andrea Peacock – Copy Editor